On the end of Mac & Spiegs 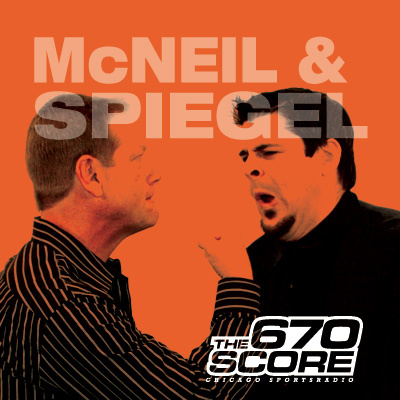 “Opportunity…..came to my door…when I was do-own on my luck….in the shape…of an old friend…with a planned guarantee.”
A Joan Armatrading lyric, sung best by Bobby McFerrin on Spontaneous Inventions. Find it.
I was down on my luck. It was early spring of 2009. I’d just been let go by Sporting News radio. I didn’t take it personally. That network was in an active downsizing decay from the moment I signed on in 2004, through to this very day in its incarnation as Yahoo Sports Radio.
Dan McNeil, my friend and former boss of sorts, heard about my exodus, reached out, and was supportive.
“Boss of sorts” is about right, because a host is to a producer as a boxer is to a trainer. The fighter makes more, gets the glory, and has to show up to do the heavy lifting. But the trainer enables him. And the trainer learns.
I learned so much from Mac. I learned what it is to be loose and joyful on the radio. How to share your passions; they matter so much more than what you hate. How to hit the post and never talk over a lyric if you can help it. How to play the best section of a sound byte or interview….not all of it, but the parts that truly matter. How to bond with the listener by being real whenever possible, warts and all. How to gleefully take abuse when you can, and keep yourself from feeling things too seriously. How to not carry one bad segment into the next one. Surface, scratched.
So there I was, down on my luck. Marriage crumbling, jobless, but I was blogging, podcasting, ready to return home and live in my brother’s basement. I was gonna make a suit out of White Sox fan’s skin, remember?
Then Mac got fired. I was supportive. I texted him that it was “the best thing for him, really. His therapy was going nowhere.”
We talked, I offered, he planned, we schemed. And there I was, attached to every show he pitched, to every station.
I’m forever grateful. He knows that. He told me a long time ago that I didn’t need to say it any more.
One more time doesn’t hurt.
I told him I was going to come on strong as hell…that I knew no other way, and that he could always tell me to back off, to shut up and let him talk. He never did.
I loved our five years together. I’ll never forget how lucky I was to be on the ice in Philly when the Hawks won in 2010. I spent a lot of time watching my friend Mac; a perfectly joyful fan.
The Danny Mac Show became Mac & Spiegs. And I know that we got damn good.
At our best, when we were as he would call it “Frazier and Monroe,” we felt a tie to the great Chicago talk shows of the 80’s and 90’s; guys with different perspectives giving each other shit, me peppering him when he deserved it, and he never batting an eye…continuing to fire away. Me getting too sensitive when it got real sometimes, learning to thicken the skin. Producer voices became integral parts of the gaggle. Music, sports, women, food, movies, sports, and dick jokes and sports. A show trying to tie the locker room of the station together, for better or for worse.
Sometimes a segment would end, and the self proclaimed heavyweight champ would head for the door and a smoke, beaming at how good a segment was. I’ll miss that.
His openness about addiction, depression, smoking, eating, and humanity is beautiful and rare. It’s so valuable. It’s what has bonded him to you for decades, and what sometimes got him in trouble too.
Mac was in a near constant battle to stay engaged. It manifested in lots of ways, all of which we’d discuss on the show. Gambling to keep himself interested. Masking or letting loose the disdain for sports he didn’t feel like working on.
I think this time, this leave of absence, has been about the real deal. Does he want to be the dancing monkey every day? Does he want to do this shift anymore? 5:30 in his driveway comes early. It makes for an odd life; a break in the afternoon, games to watch at night. If you do it right, it’s work. Unique, extremely fortunate work…but work.
I’m sad we’re done. But I’m glad for him that he doesn’t have to face something he doesn’t want to every morning. I hope he writes that book on Patrick, and the blessing autism can be.
I love that complicated man, and always will. I could write a book on his psychological profile. Would you read it?
It’s been an interesting summer. Making sibling relationships work as the youngest of five came in handy, as I worked with 10 co-hosts in 9 weeks. I can truly say that I enjoyed them all. I wish there had been a week with one more person, who we could not get into the building.
Thank you for being with us this summer. I’m sorry I could not share more along the way. It was not my decision to make.
We’ll have a new show announced very soon, with a new partner. And the fall will be amazing. Bears, Bulls, and Blackhawks fans can all claim legitimate, logical aspirations to be champions.
Jay Zawaski and Nick Nick Shepkowski are kings of men. I can’t wait to move forward with them.
We love being a part of your day, and we think you’ll really like what we’re going to do.
Onward 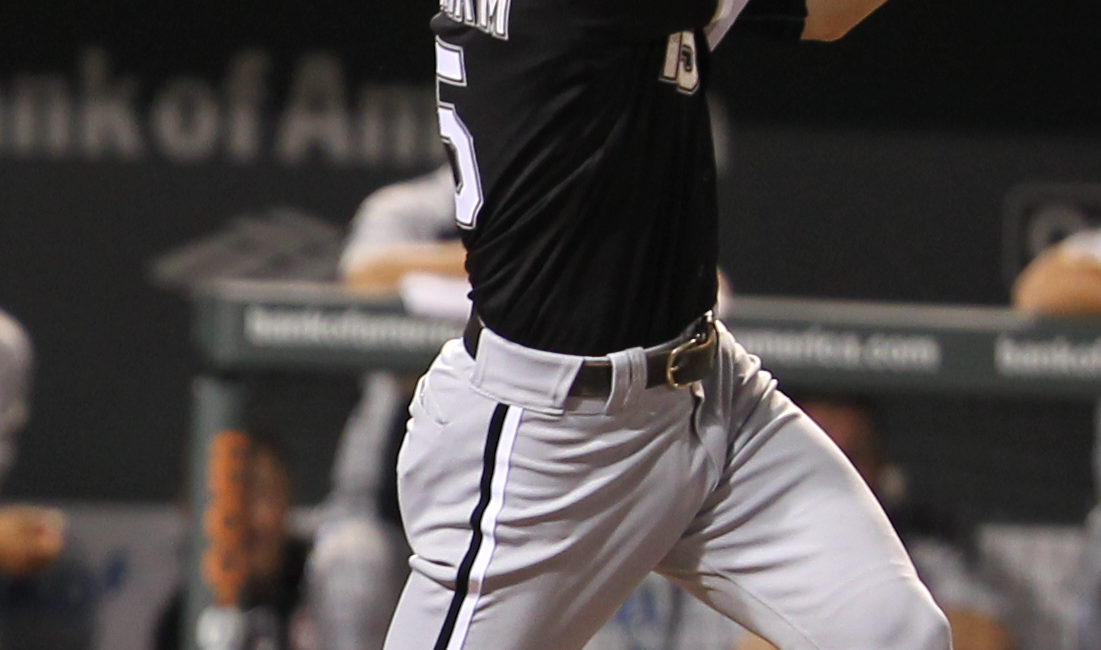 The No. 8 overall pick in the previous year’s draft officially was a phenom.

I openly likened his stature, stance and ceiling to Paul Molitor. Craig Biggio was another comp being thrown around. Some on the radio station said they wouldn’t trade him for then-San Diego trade bait Adrian Gonzales.

Season 2 brought a lot of public accessibility, including a weekly radio hit on our show. Gordon was everywhere, a precocious face of the franchise.

But he never approached that first summer of his baseball career. Five years later, Beckham has been sent in a waiver trade to the Los Angeles Angels for unspecified refuse, and we’re left to figure out how his value got so low.

We wonder why he never learned to be a big-league hitter.

Those weekly interviews often were painful. It’s not that Beckham wasn’t affable, likable, smooth and willing. In that 2010 season Beckham was hitting under .200 on June 1. The OPS was .561 on July 1.

His swing was exposed as incredibly long. It took far too much time for his bat to come through the hitting zone. The data says he never figured out how to consistently make good contact against a decent fastball.

He internalized failure deeply, something White Sox general manager Rick Hahn noted this week. When I would ask Gordon about his struggles in that second season, I could tell how lost in them he was.

The man was overwhelmed, experiencing his first athletic struggles at the highest possible level.

Beckham would hint at something specific he might change, but then always talk about “getting back to being myself” or “just be me.”

He did change some specifics through the years. You remember the crouch. The hands would move up … or down.

But the swing never got shorter; the contact rate never really went up. Every season there was an annual glimpse of possibilities. This year’s came in the No. 2 spot, as pitchers everywhere decided to challenge him instead of emerging superstar Jose Abreu.

But the White Sox never dealt him during one of those stretches.

We stopped the weekly interviews after one season. During a hot stretch his name would be suggested as a guest. I always cringed, and told the listeners I thought our talks screwed him up.

It was a tongue-in-cheek bit that deep down I thought of as a truism: Beckham discussing his struggles only made them more difficult to overcome.

“Hey, Gordon, you obsess over failure too much. Let’s talk about it on the air.”

In my opinion, this was a see ball/hit ball guy who never took to the detailed, self-critical approach he needed. We know he worked on that long swing. But he never fixed it.

And his brain didn’t help him.

So what’s to be learned here?

1. This game is brutal. And cruel.

2. The truly great organizations know how to trade a prospect that might be a bust before the rest of the league figures it out. The Sox should have struck quicker.

3. A slower development track is not to be derided. Beckham had just 312 minor league at bats. If time allowed pitchers to find his weakness at Class AAA, maybe he could have worked on it more calmly.

I don’t think Gordon Beckham will be one of those discarded 27-year-olds who figure it out somewhere else, but I’d be happy for him if he does.

Just don’t ask me to put him on the show.