Maceo is Gone; Eulogy for a Great Dog 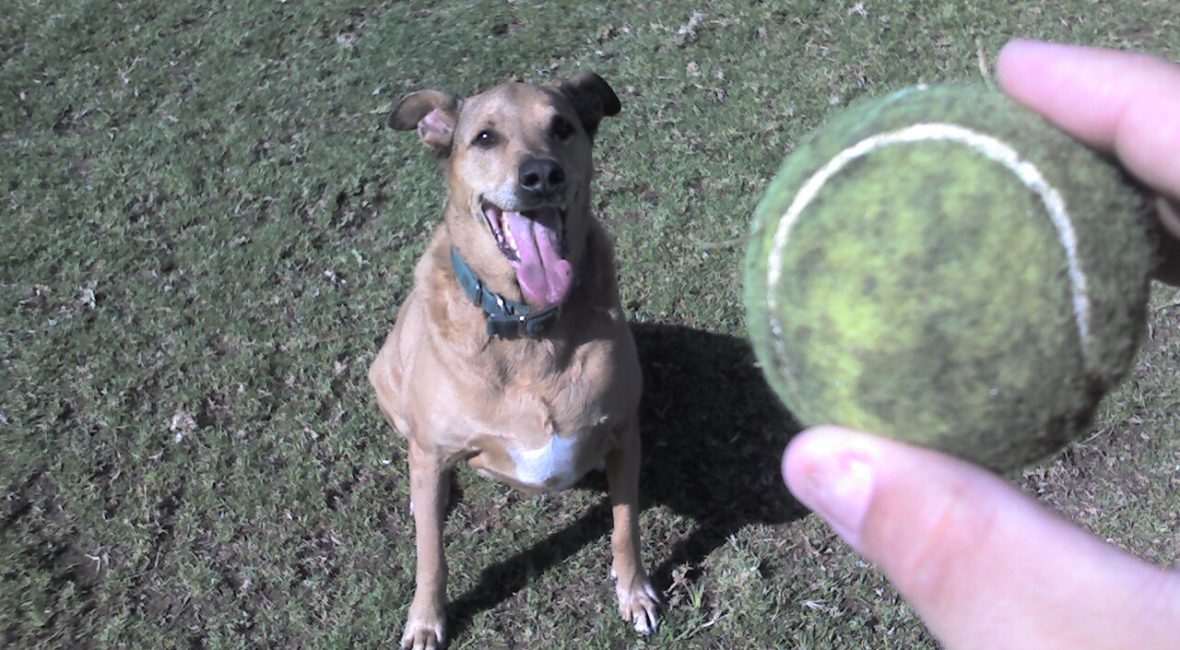 He was my first son.
There was a Lhasa Apso named Chrissy, a bat mitzvah gift to sister Adrienne who ended up mostly under my care all through high school. And I loved that little furball thing.
Bu this isn’t about her.
This is about Maceo Floyd Bringle Spiegel, an Anti-Cruelty Foundation rescue who is going to sleep for good tomorrow at the age of 14.
He is now a very sweet, good hearted, deeply pained, elderly beast. He enjoys, by my watchful estimate, about 10-15% of his life. That’s not enough. I’m choosing to let him go with his dignity mostly intact. He looked pathetic in diapers, and doesn’t deserve years of continued incontinence. His back half has lost massive amounts of muscle and strength in the last 2 years. He can barely stand, and falls on himself in the act of all sorts of things. He is often seemingly confused, and experiencing some level of discomfort. He can’t hear well at all, and is losing his sight. He does not enjoy the toddler’s evolving full run of the place, and scares us with growing aggression towards him.
We’ve tried innumerable medications and vitamins.
It’s time.
***
He just ate most of the good meat off a bone-in rib eye mixed in with his dog food and pain pills. In an hour or so, I’m gonna give him the bone itself. It’s a hell of a last meal, and he isn’t complaining.
***
At Anti-Cruelty on LaSalle, there were lots of dogs. He was scrawny and thin, ribs showing, with “Buster” written on his cage. We scratched his head through the bars; he turned and offered us his side. We scratched that; he offered his butt. He knew what he wanted. I like clear communication. Home he came.
Maceo Parker’s badass name deserved some destination. Wasn’t going to foist it on a child, so on to the little brown dog it went. But there were lots of other names. Little Mellow Caramel Fellow. Franklin Delano Doggevelt.
He was a feisty, hungry, teeth-gnashing animal. “That dog needs a sammich,” said my co-producer Matt Fishman. He came to lots of radio shows. I hosted sports talk on The Score and on Sporting News Radio with him at my feet. I DJ’ed overnights on WXRT with him under the console. Maceo once took a nervous enormous crap in studio C while I worked in another room. He scared interns, producers, and others on the next shift. I always thought he was more tame than he was, and treated him as such; willful, wishful delusion. I wanted a mild companion dog.
He would grow into that.
He was emotionally complex. He would let you pet him, and growl as you did. He’d show his teeth as he wagged his tail. Eventually, he’d back down…but you had to earn it.
He had no idea how to play with other dogs, or other people, until he was 6 or 7. He needed California for that. Maybe it was the weed. Or the sun. Or the gorgeous terrain and trails to explore. That dog loved the west.
He started to wag, and not to growl. We hiked. Man, did we hike. Laurel Canyon, Griffith Park, Pasadena hills, waterfalls, Malibu Canyon, and more. He appreciated the chance to frolic so much that it made me like it more. That’s how it’s supposed to work, right?
He smiled a lot. That mouth spread wide, cheeks somehow pointed up, giant tongue hanging. I know a grin when I see it.
Maceo drove east to the homestead from Chicago.
He saw the house where all Spiegels grew up in New Jersey, and played in the back yard with brother Bobby’s dog Oakley. Maceo played too aggressively and drew blood. Bobby was kind as I was embarrassed.
Maceo flew on a plane west, and started a new life.
He lounged and ran in the majestic Laurel Canyon dog park, where dozens of hounds ran freely at a time. Dog walkers would bring batches of 7 or 8 and let them mix in, roaming the multiple levels and hillside ridges.
He got infested with biting red ants in Albuquerque, and took a pathetic but effective bath in a Motel 6.
He once got skunked in Gilson Park. Took him home and gave him a tomato soup bath, as the legend said to do. Just smelled like skunk parmigiana. Took weeks to wear off.
That dog saw a lot of good video games being played. He helped players commiserate after plenty of unfortunate Tecmo football twists.
He almost learned to swim. He almost learned to play catch perfectly. He liked to try.
***
He just fully devoured the rib eye bone. It’s gone. No shards, no remnants. Gone. He’s a wild animal, that mankind has vaguely trained and allowed to roam the same rooms as us. It’s kind of a crazy plan.
There’s more bones left from our dinner steak. He’ll get them.
***
I’ll miss him throwing his weight against me as he demands/asks to be petted.
I’ll miss his horrendous breath.
I’ll miss helping him celebrate his dinner by rubbing his face and neck with a blanket as he burrows into it.
I’ll miss seeing the “mood ridge” on his back become more pronounced when he gets his dander up.
I’ll miss seeing him wag happily at the sight and smell of another pooch up close, finally having mellowed into the sweet man I always knew was in there.
I’ll miss my buddy, my compatriot.
I think he’s had a very good life.
I’m glad it was with me.
It was a long, high maintenance night. My sweet, pained old dog rewarded steak bone kindness with the worst bout of incessant diarrhea you can conceive of. Endless kneel downs with paper towels and floor cleaner, as he went back to his place to pant and feel guilty.

One last reminder of his frailty.

When we went to the vet to do the deed, Dr. Ojala was incredibly kind. She respects these beasts…knows them better than most, and feeds off of the pet owners she knows share her love for them. She had been wonderful for Maceo and for us…extending his life in as much comfort as possible, for 2 years or more.

But it was time.

He panted on the way in…knowing that this was a place where things were done to him. In his feisty youth, he had to be muzzled; held aggressively by 3 or 4 people so he could be cared for properly.

Now, he somewhat begrudgingly accepts the hands of Dr. O. There are things perhaps still worth fighting against in his mind…but vets aren’t really one of them.

She explains the process. There will be two shots; one to put him into a deep sleep, and one to stop his breathing. He will not, science thinks, feel pain. No one knows for sure of course, but I’ll take it.

I lie with him on the ground…he on his place, brought from home. Tonya stands in support, lovingly. What a good dog mommy she was in his dotage.

We speak of his truly long and interesting life. His travels…his notoriously obvious conflicted emotions, the life we’ve spent together.

The first shot hits. He slowly falls asleep. And then, the snoring.

It is the deepest, heaviest, most invested sleep I have seen him enjoy, ever? Maybe some evening after a huge hike.

But not in years.

And the snoring is downright awesome. Rest, good boy, rest.

We laugh at the depth of his rest. And we let him go like this for a while. I envy the fullness of it, truth be told. Dr. O says “I don’t usually share this with people, but this was Michael Jackson’s drug of choice.”

Well, that explains the envy. This stuff removes 100% of his anxiety, and unwanted brain activity. Jacko knew what he wanted.

Then, after a few minutes, the second shot hits. His breathing slows…progressively. I am hugging him, weeping, thanking him for how much he improved my life.

I needed him. His unbridled joy, his directness of communication, his unfiltered being. He was my crony; my compatriot. He made couches, beds, and the outdoors less lonely.

Thank you, Maceo.
And he is gone.

His ashes are here with us, for the annual Passover Los Angeles trip. Yes, ashes; I cremated a Jewish dog.

But why bury him somewhere I’d seldom visit and feel guilty about not doing so enough? Why force travel?

I trust that the dead feel no pain, and tell myself that his transition into an urn’s contents was not traumatic.

His family will take him to the Laurel Canyon dog park tomorrow, where he spent many a day in the best mood you can picture a dog being in. Tail wagging, tongue hanging, huge grin as 60, or 80 other dogs and their owners roam the canyon.

He will be accompanied by his daddy, and young Rubin, who I pray will remember him. Maybe memory will be triggered by pictures on the wall.

I’m so glad we made it back here together, my pup. One of your favorite spots in the known universe.
I find a crest of a hill, just below the steep embankment he used to swiftly climb. It’s in the shade of a young, sturdy tree; a dog could lie here comfortably for years. I pour him into the grass.
I’ll smile forever at the thought of him.
Good boy. 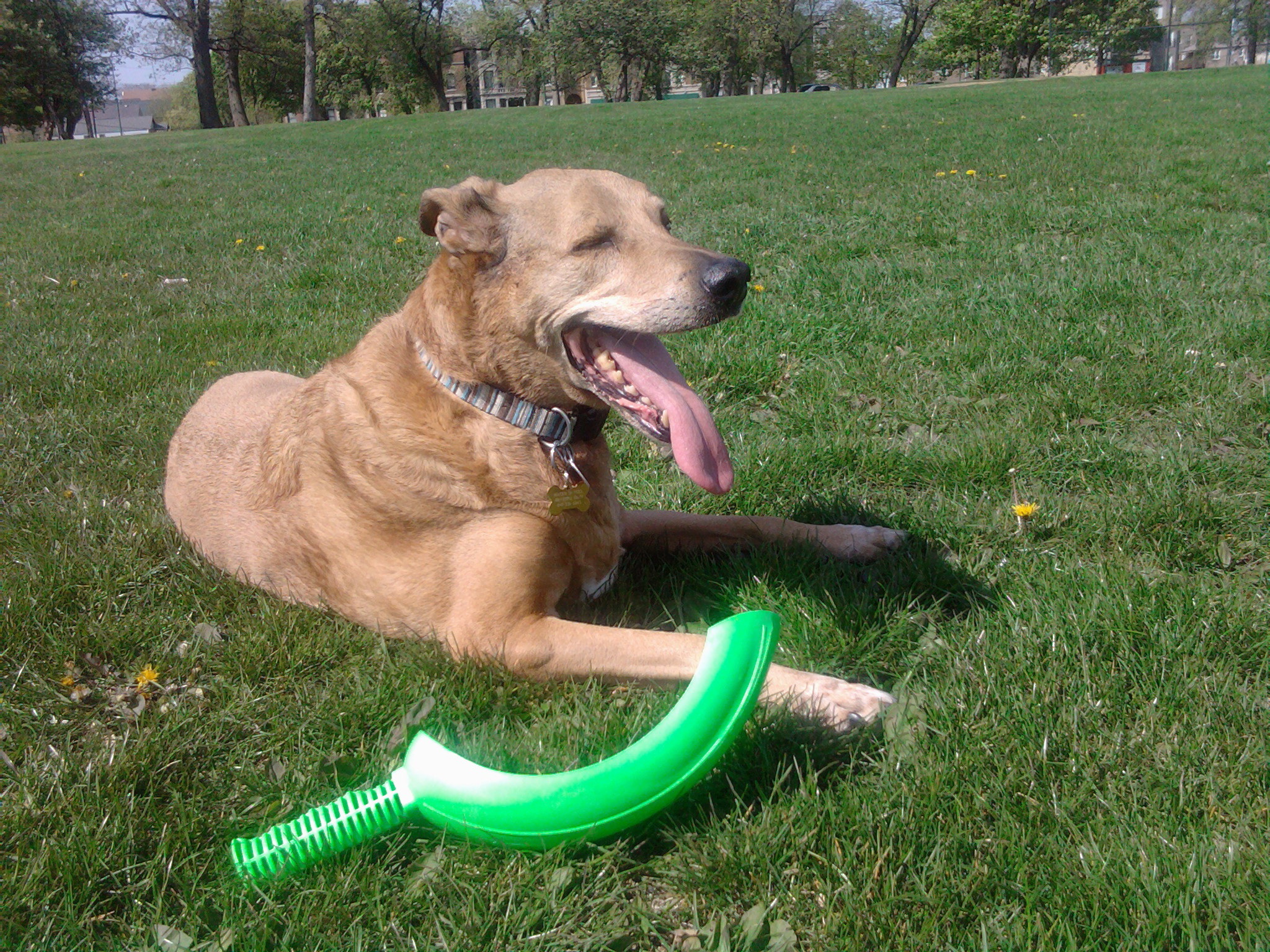